A middle-aged male street trader has carved a niche for himself on the streets of Kenol town, Murang’a County, by roasting yams, which earns him a livelihood at a time when jobs are scarce.

42-year-old Erick Wambugu, who is also a seasoned farmer, says he has roasted and sold yams at the Kenol bus station for the last two years.

“I developed the passion for dealing with agricultural products at a younger age when I failed to go to university due to lack of funds despite having done well in school,” he says

“My father and I would grow potatoes, onions, bananas and tomatoes which we would pack in crates and sell at the market place in Karatina,” he adds.

He later relocated to Kenol town, where he developed an interest in roasting yams.

“I did my research and realized there wasn’t a single yam roaster in the town. With only Ksh 10,000 I managed to start the business which has now grown in leaps and bounds,” expounds Wambugu.

The father of three, who sources the yams from Nkubu in Meru County, disclosed that through roasting yams, he has been able to take care of his family and purchase a piece of land.

“I purchase a sack at Ksh 12,000, and it contains 300 yams which I roast and sell at Ksh 50 per yam,” he says. He further adds that yams are expensive as they take three years to attain maturity, but the residents here have embraced yams as the healthy option to other fast snacks” he adds. Apparently, he makes a profit of Ksh 3,000 per sack.

Yams are linked to various health benefits. They may boost brain health, reduce inflammation and improve blood sugar control since they are a great source of fiber, potassium, manganese, copper, and other antioxidants.

Before the pandemic, Wambugu revealed that a sack of yams would sell in two days, but nowadays, it takes up to one week to clear it.

“Due to the negative effects of the pandemic on business, I am still trying to get this business back on its feet,” he stated.

Wambugu, who has planted yam seeds on his 2-acre piece of land, hopes to purchase more land for the large-scale farming of the yams in the near future.

“By planting yams on my farm, I will be able to get the business where it was before the pandemic and also will reduce my frequency of going to Meru for the yams which does not come cheaply,” he further observed

Additionally, when the plantation is on a large scale, one can harvest one part as he waits for the other to mature, doubling his profits.

Wambugu, who roasts the yams from 1 pm until 9 pm every day, insists that cleanliness is paramount as customers are attracted by a clean working environment, especially when food handling is involved.

He advises young people who want to start this business as sole proprietors to believe in themselves, do thorough research, pay government levies timely, and bank on self-reliance instead of negative co-dependency. 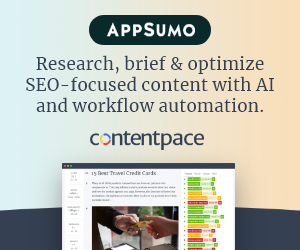